once again, i got lazy and busy and haven't posted in a long time! sorryyyyy!

first, weekend fun things - i travelled to Rome last weekend! it was actually somewhat overwhelming because there were so many amazing things to see and we hadn't really planned much beforehand about what our priorities were. as a result, we didn't have the right timing in order to get into the vatican or the colosseum, but we still saw lots of awesome old things. threw obligatory coins into the trevi fountain, wandered around exploring all the old things that are everywhere, and in general enjoyed ourselves. the highlight of the weekend, though, was probably seeing a piece of physical theatre on saturday night by a group called "peeping tom" from belgium (i think belgium - i might be remembering wrong). it was one of the most captivating performances i've seen, and was a huge inspiration to continue with the sometimes grueling work involved in physical theatre. here's a little clip with some highlights of the show - http://www.youtube.com/watch?v=KlrXPVZG5Ho.

during the week, we've shifted focus in class the last two weeks such that we are spent half of each day on commedia training. it's been awesome - commedia itself has been a blast to learn, but the way that our teacher helped us connect the characters and conventions to larger broader work in all types of theatre has also been awesome. it has taught me much more about theatre as a whole than i would have expected, while still being a great realm of its own to explore.

anyway, here's some pictures from rome! and stay tuned, i'll try to start posting more often again and i go to venice this weekend for carnevale, which promises to be fantastic :) 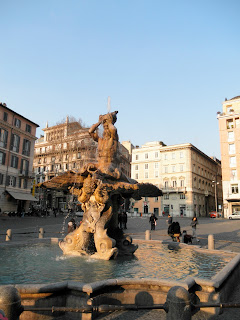 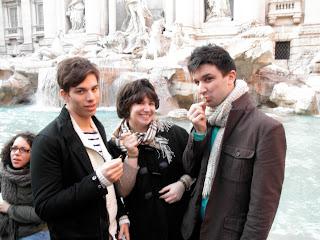 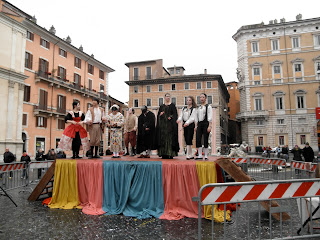 Posted by GiovanniHaFame at 5:12 AM