we're in the middle of mask-making week and it's awesome! mask-making began on thursday, and we have it for three hours of each day thursday, friday, saturday, monday, tuesday, and wednesday. by the end of wednesday we're each going to have custom made leather masks to take home! the class is led by a swedish man named Torbjorn who is basically santa claus. i could talk to him forever and never get bored. 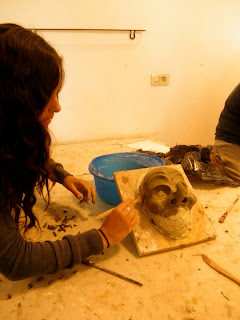 anyway on thursday, we started by making clay molds of the mask that we ultimately want to create. i am working with two others - Maggie Jo and Rachael - because the three of us all wanted to make a Zanni mask. Zanni, by the way, is a generic category of commedia character that refers to any relatively stupid and goofy servant. beyond being a category though, Zanni can also be a more specific character with his own mannerisms and walk and such. we have named our zanni "jonny bonnie ronnie zanni" and have already come quite attached to him. we joke that mask-making is giving everyone a miniature preview of what it's like to have kids. i've become fiercely protective of "jonny bonnie ronnie zanni" and periodically check on him even outside of class just because i miss him. helicopter parent syndrome commence. 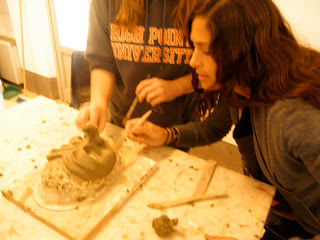 anyway, we started by making a clay mold of how we want our mask to look, which was a long process of refining and perfecting until we got him just how we wanted. next (by this point it was friday) we layered him with sheets of plaster-aid stuff. i believe it's the same stuff that is used to make casts when you break something. or at least something like that. regardless, we layered JBRZ with vaseline to provide a thin barrier, layered him with wet sheets of plaster cloth, and waited for this to dry. at the end of this process, torbjorn used our mask as a demonstration of how to remove the clay from within the plaster cast. this was one of the most terrifying experiences of my life, because the process makes it look like your mask (and hours of work, love and emotion) is literally about to crack and crumble beneath the knife. everything turned out fine though, and we ended up with a negative cast of our clay mold. i think, by the way, that we are at saturday by this point. we next supported our plaster cast with clay, re-vaselined the inside, and poured plaster into it to make a plaster version of our original clay mold. this is where the real waiting came into play - after about an hour and a half, the plaster inside the cast had dried (that's probably the wrong terminology, but whatever) and we carefully pulled the plaster cast off of the new plaster mold. this gave us a plaster version of our original clay mold! next week, we will be making leather masks off of this plaster mold, and then we will each have a jonny bonnie ronnie zanni to take back to america! 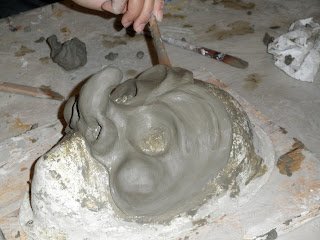 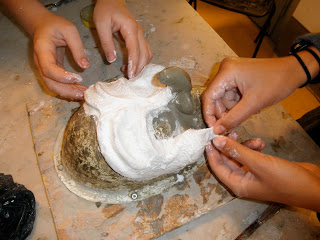 it's been an awesome process (even only halfway through) to learn the real way to make masks after a whole semester of acting in them. and it'll be really great to keep a quality leather mask as a souvenir of the program, especially one that is all of our own design and such. we've also had some movement and voice classes continuing, but mainly this week is mask-making. when mask-making ends, we will have our last movement/voice classes on thursday, and then the week after will be all clowning, and then we'll be done! now that we're down to these last two weeks, it's just hitting me now that the program is winding down - it's gonna be tough to leave this awesome place, these awesome classes, and my more than awesome friends (cue sad faces and tears). 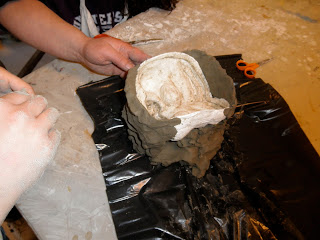 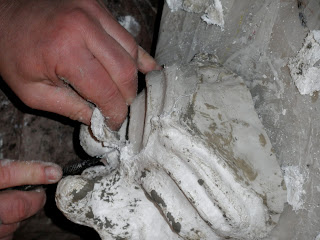 since we had saturday class due to mask-making timeframe necessity, i stayed in arezzo this weekend. today we went into town and i had two kebabs and two gelatos within two hours. piggy piggy piggy. some things never change. afterwards, we went to arezzo's roman amphitheater and were frolicking around with juggling balls when a german tourist family showed up. the little kids were fascinated by us, as little kids frequently are fascinated by everything, and we quickly made friends with them despite the fact that our german vocabulary consisted of "bitte, ja, adieu" and nothing else. we commenced to play catch with little kids for a few hours, but eventually we had to go so we said bye to "fabian" and returned to the villa. and now i have reached the present moment, so i have nothing more to say. 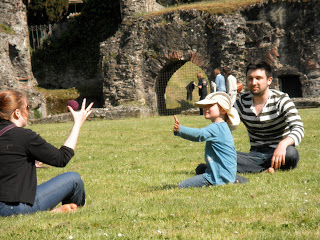 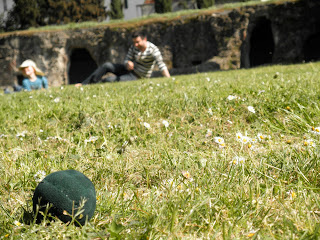 Posted by GiovanniHaFame at 9:51 AM